On Tuesday, the US Food and Drug Administration issued emergency authorization of a diagnostics test for the novel coronavirus that has sickened more than 20,000 people and killed 427 since emerging in China six weeks ago.

The exemption will make the test—which was developed by the US Centers for Disease and Control and until now has been performed only in its laboratories—available to public health labs across the country. The move skirts normal approval channels, signaling the need for speed as the regulatory agency joins the effort to contain the disease’s spread. “This continues to be an evolving situation, and the ability to distribute this diagnostic test to qualified labs is a critical step forward in protecting the public health,” FDA commissioner Stephen Hahn said in a statement.

In the two weeks since Chinese authorities quarantined 35 million people in the city of Wuhan and surrounding regions, cases have continued to accumulate daily by the thousands. Doctors inside the locked-down area told The New York Times this week that they don’t have enough testing kits to diagnose, let alone treat, the deluge of masked patients lining up outside hospital doors. With cases of person-to-person transmission outside China on the rise, health authorities around the globe are now scrambling to beef up their own diagnostic capabilities.

Thanks to the emergency authorization, the CDC test will now be available to any qualified lab in the world. The health agency has already shipped the test to a repository where states and international partners can order it. But the news is most significant in the US, because it means hospitals and public health departments can now use the test on-site rather than having to ship samples to the CDC. This should help prevent the CDC from getting backlogged should the US experience its own wave of local transmissions.

Today’s emergency authorization is as historic as the outbreak it’s intended to contain. When MERS broke out in Saudi Arabia in June 2012, the FDA didn’t issue its first emergency use authorization for a diagnostic test until the following June. For Zika, it took about seven months after the virus exploded in Brazil. An FDA exemption took about the same amount of time following the devastating Ebola outbreak in West Africa in 2014. The speed with which public health officials are now pushing through a new diagnostic test shows just how seriously they’re taking the potentially pandemic threat of 2019-nCoV. It’s also a sign that the world is starting to learn how to deal with an onslaught of new pathogens.

“Outbreaks have become the new norm,” says Catharina Boehme, chief executive of Geneva-based nonprofit Foundation for Innovative New Diagnostics (FIND), which works with the World Health Organization to evaluate new testing technologies and expand diagnostic capacity in low-resource nations. In the last few years, catalyzed by failures to produce fast, reliable testing during the 2014 Ebola outbreak, global health organizations and governments have worked to put pre-agreements in place so that samples of the virus, which are needed to validate potential diagnostic tests, are accessible at an outbreak’s outset, not once it has already acquired momentum. “There’s been a real cultural shift in how we deal with outbreaks toward more transparency and sharing,” Boehme says.

Those agreements have enabled the WHO to coordinate access to isolates of the virus within four weeks, according to Boehme. That process, she says, used to take three to six months. “With Ebola it took months to get the strain out. For Zika, nobody was able to get anything out of Brazil. Specimen access was a huge problem where we’ve made massive progress,” she says.

But while scientists need the actual virus in order to check a diagnostic test, they only need its genetic code in order to build one. Chinese health authorities released a draft genome of the virus in early January, which enabled labs like the CDC to develop diagnostic tests based on a standard technology known as reverse-transcriptase polymerase chain reaction, or RT-PCR.

This kind of test requires designing small pieces of DNA that match sections of the viral genome that are distinctive from other coronaviruses—like the ones that cause SARS, MERS, and the common cold—but stable enough that they’re not going to mutate. These small sections, called primers, grab onto any viral DNA that happens to be around. (Coronaviruses are actually made up of RNA, not DNA, so you need the reverse-transcriptase to make the programming language platform compatible.) Then a DNA-building enzyme makes a bunch of copies. To test whether pieces of virus they’re interested in are actually in the sample, technicians add a dye that fluoresces in the presence of DNA. The more viral bits there are, the brighter it glows, creating a pattern of light that tells the technicians whether they’ve found 2019-nCoV.

But to double-check how well the test performs, now the scientists need those actual living specimens of the pathogen. Boehme’s group at FIND is using both viral isolates obtained from the CDC and samples from Europe to evaluate the CDC’s test and others like it. That work is ongoing, she says. They’ll also evaluate any commercial tests that may be in development—all-inclusive kits that can be run at a clinic or hospital and don’t require a big lab filled with highly trained staff, as RT-PCR tests do. So far, more than 30 companies have reached out to FIND about potential products they hope to turn out quickly.

In the US, at least two startups are developing Crispr-based diagnostics that could deliver a diagnosis in less than two hours without any complex instrumentation. (Think paper swabs + paper strip, like a pregnancy test for coronavirus.) Mammoth Biosciences in San Francisco and Sherlock Biosciences in Cambridge, Massachusetts, both confirmed to WIRED they are working on such tests. Mammoth has not yet applied for an emergency use authorization with the FDA and is waiting on samples from the CDC and state public health department to validate the accuracy of its test. A spokesperson for Sherlock declined to comment on whether the company will seek a fast-tracked authorization.

In addition to a test that could detect 2019-nCoV directly, Mammoth is also working on a version that would home in on and identify a patient’s immune responses to the virus. The problem with RT-PCR is that it can pick up viral genetic material only if there’s a lot of it floating around. And early in an infection, before someone starts to feel really sick, there’s often not enough RNA to flag the test. Nancy Messonnier, the CDC’s coronavirus boss, pointed this out this week to reporters, saying that the health agency’s test is accurate among people who look sick. But using it as a screening tool for asymptomatic people is less useful. “A negative test most likely means a person is not infected,” she said. “However, it may mean that an infection has not developed enough to be detected by the test.”

A test like the one Mammoth is developing could potentially pick up on some signature of infection during the period of time when the virus isn’t yet rapidly replicating, but the body’s immune system has already detected it. Charlies Chiu, an infectious disease doctor at the University of California San Francisco who is advising Mammoth, says this approach has been shown to work for influenza. He says the company’s goal is to offer a complementary test that might help fill that gap and, by offering a test for people who aren’t visibly ill, potentially cut down on the more draconian quarantine measures the US implemented over the weekend.

For now though, the need for diagnostic tests that could be deployed in hospital wards or in clinics remains most urgent in China, where the local lab capacity is stretched, health care systems are overwhelmed, and more than 400 people have died. By comparison, as of Tuesday, the US has seen only 11 cases and no deaths. That same day, China’s own CDC deployed a mobile biosafety laboratory to Wuhan to assist with the response.

“I’ve not seen a rapidly evolving outbreak like this one ever before,” says Boehme. “In the short term there is a very-high-volume testing need. But we know from past coronavirus outbreaks that continued testing will be required for quite some time.”

2/5/20 3:20pm ET This article was updated to correct the affiliation of Dr. Charles Chiu. He is an infectious disease doctor at UC San Francisco not the University of San Francisco.

Coway Bidetmega 400 Review: A Glorious Way to Clean Your Derrière
What Is a Coronavirus? 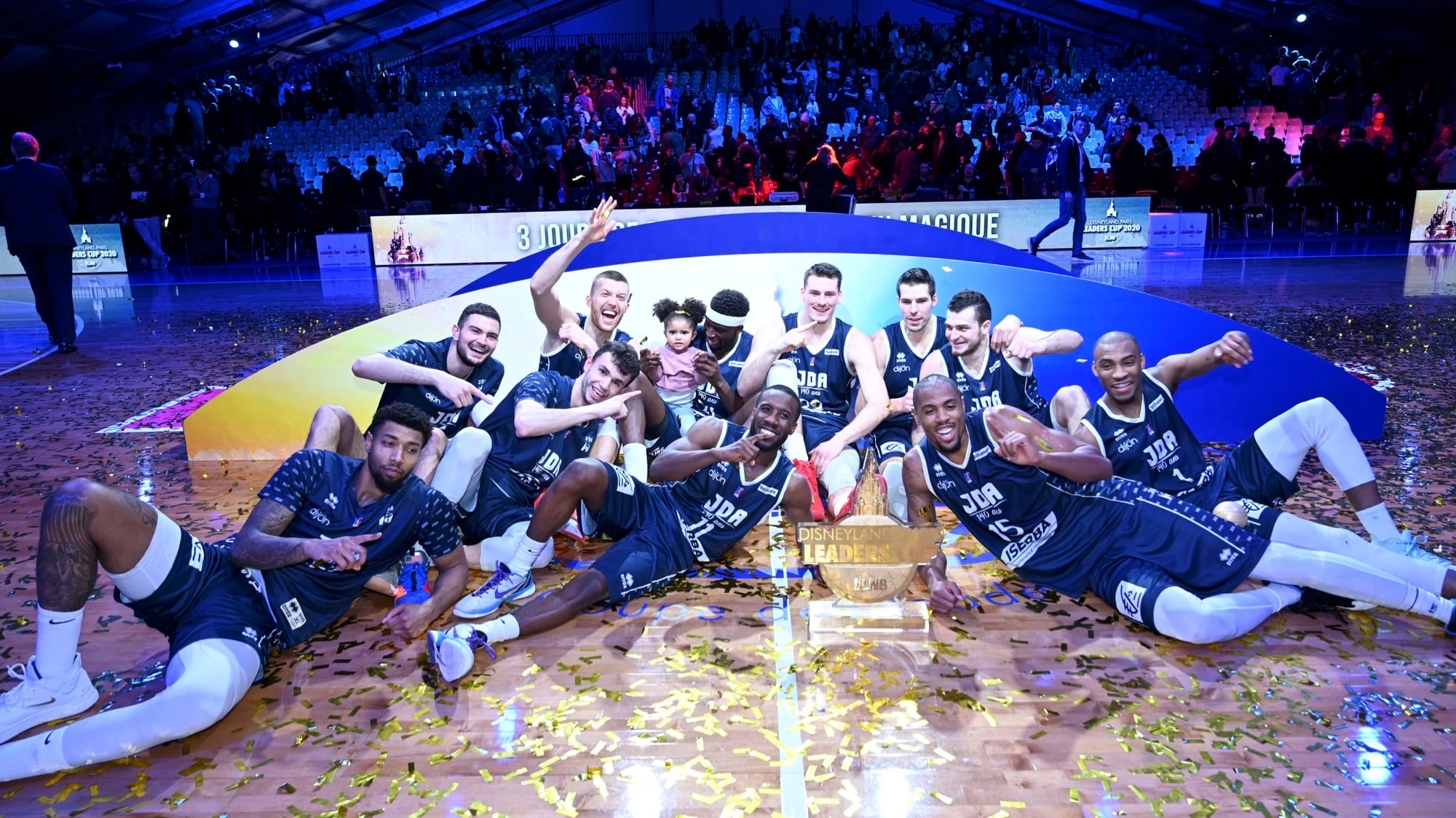